This is a different style of making the famous "Flan" the caramel custard of the Spanish speaking world (I think every spanish speaking country has some version of flan).

Now growing up I ate A LOT of flan (different flavors and textures) there's generally two types. Those that are very rich, creamy and dense, similar to a cheesecake texture I would say. Those are typically made with condensed milk, evaporated milk, and eggs sometimes with the addition of cream cheese for extra richness. Usually always full proof.

However today I go into the pantry having flan on my mind... and GASP I had NO EVAPORATED MILK!!! I did have a can of condensed though... and I thought to myself, "Eh if I don't have both cans I'm not making it... well now is a perfect time to experiment and make the one's that are made from scratch using just cow's milk" and so I did :D I've had the one's made with just milk before, and the difference is these are in my opinion a whole different type of flan on their own... NOT IN A BAD WAY... just depends your likes. The one's that are made with just milk have a more "jello" like texture, they are generally lighter in texture, and slightly more eggy (more eggs are used to stabilize)... umm I would describe it as sweet milk jello LOL. my household loves this type of flan too though, it had been forever since I had (literally forever last time I had this type of flan was when I lived in LA back in mid 90's when I was still in elementary school)

So if your interested in a different type of flan give this one a go-go :)

Directions:
(1) Heat milk in a deep sauce-pan, add sugar, together with lime peel and cinnamon sticks (optional I like the hint they add, it's a typical combination in cuban or spanish cuisine to fuse cinnamon and citrus flavors) but it will be just as good with vanilla as flavoring. 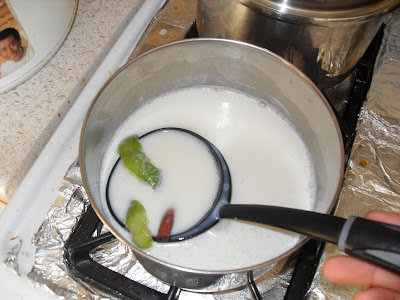 (2) Allow to simmer about 10 minutes to really infuse, then cool, also the purpose of heating the milk isn't only to infuse it with other flavors, it's also done to make the flan more smooth, so the sugar becomes smooth. Remove lime peel, and cinnamon when cooled enough to handle 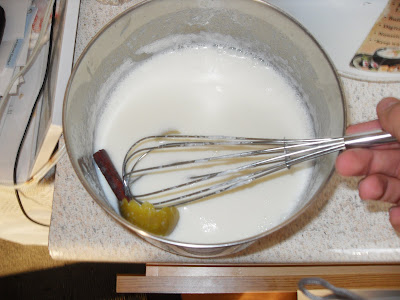 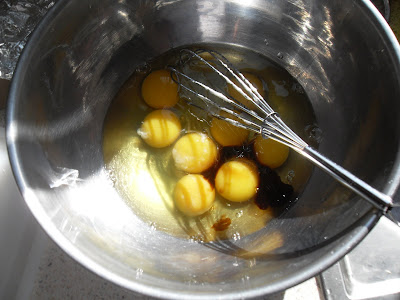 and slowly stream in milk mixture until fully incorporated 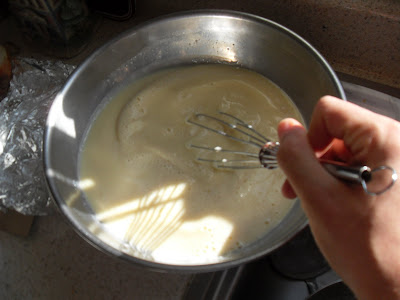 (4) Set aside mixture, now the caramel part, I personally make the caramel using water and let it reduce out, this let's me do it quick (using super high heat without worrying about burning or clumping while stirring vigorously, the water kinda stabalizes it, won't let it burn right away if you pay attention to it) 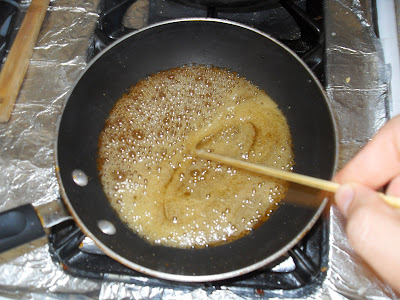 Once it starts becoming a dark amber color, pour the caramel into a mold carefully grabbing the edges of the vessel your using coat it, it will seem like it's too much caramel sometimes but keep rotating and spreading the caramel on the vessel until it hardens and coats everything... isn't beautiful :D 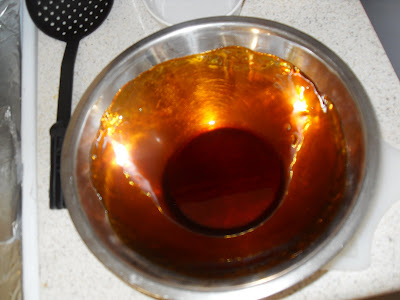 (5) Now strain the milk mixture in 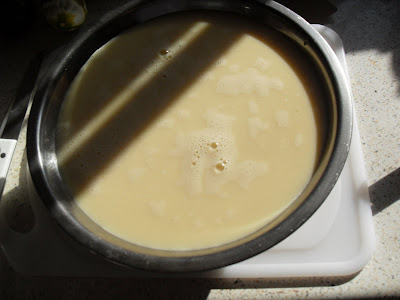 (6) Cover it with aluminum foil (or leave it un-covered your choice I just think it's better covered), and place it in a water bath (that just means in another container with some water) in the oven at 350 degrees 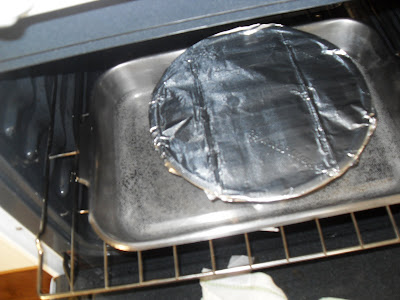 (7) Should be done anywhere from 1-2 hours just check it after one hour, if it's too jiggly and looks like it's liquidy too much still then leave it longer, if not then take it out, you can test it with a knife, if the knife comes out clean your good :) 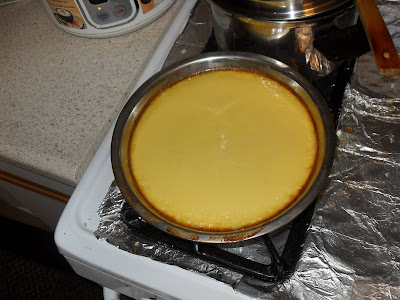 (8) Allow to cool completely, (ideally in the fridge, for several hours and or over night to allow it to set well) however I was in a hurry so I put it in a ice water bath hehe, and then vigorously flipped it our (by putting a plate on the vessel then flipping it out), thus it broke, also when done with just milk the custard is more sensetive and breaks easily 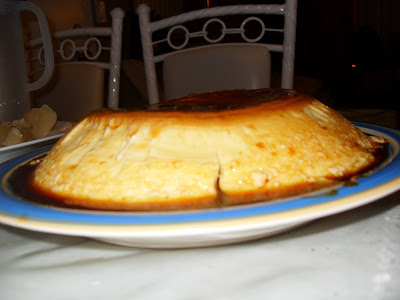 Not my prettiest flan :-/ 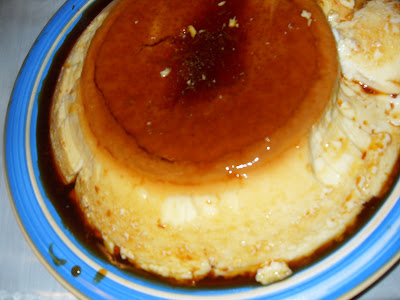 If interested in other Flan recipes check out:
(1) Flan de Queso (Cheese Flan the riches flan you'll ever HAVE!)