I'll be honest... I have never made Zorza and this is my first time. Zorza is basically the filling for Spanish Chorizo (what you fill the casings with) BUT instead of being ground up raw for the filling, you leave the pork in chunks and fry it in oil.

This dish came to be because prior to filling the chorizo casings, people making them had to know if they tasted right, if it had the right amount of salt and spices. So to test it, they would fry a small portion and taste it. If it tasted good then the chorizo would be good too.

Over time, I guess some people just loved the "Zorza" and some people prepare the pork meat just for the sole purpose of making "Zorza."

I pretty much looked at different recipes online and came up with these ratios. The first time I heard of "Zorza" was at Pilar Lechuza's blog "La Cocina de Lechuza" (dedicated to Galician and Spaniard cooking) The blog is written in Spanish but can be translated with some converter thing? Immediately I knew this was something I had to try and everyone in and out ofmy house loved it. 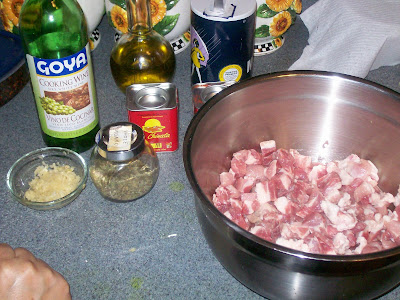 Directions:
(1) Mix pork meat very well with all ingredients, marinade for at least 12 hours or overnight stirring every now and then (like whenever you remember. no big deal if you forget. I stirred it maybe twice) 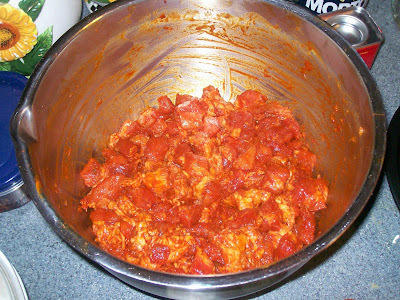 (2) The next day, heat a large pan on very very high heat. Add the marinaded pork meat and stir occasionally (you do not need to add oil to the pan because you added plenty of olive oil to the meat and the wine acts as a deglazer so it doesn't allow for much sticking). Stir on very high heat until all water evaporates. The pork will have rendered plenty of fat. Keep stirring until meat is slightly browned and fully cooked (Have patience, this takes about 25 minutes of cooking, maybe even longer). 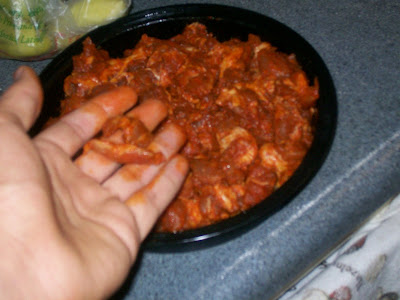 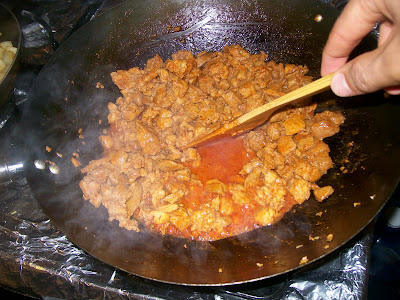 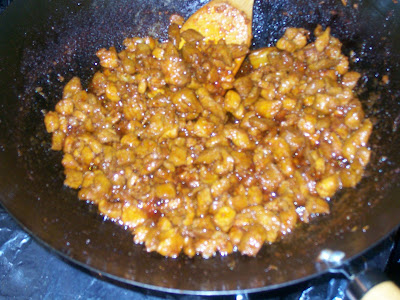 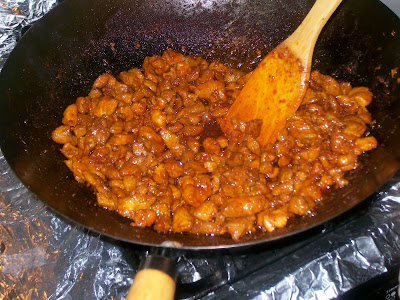 (3) Drain meat by putting it in a large dish with paper bags under to soak the excess grease. Save the delicious fat for cooking other things or to flavor other stuff. It has an intense pork flavor infused with delicious smokey Spanish paprika. 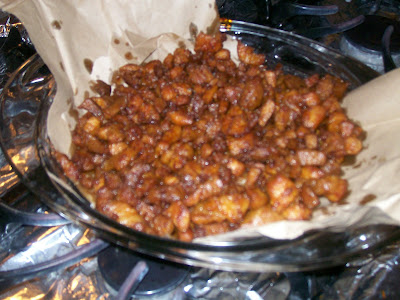 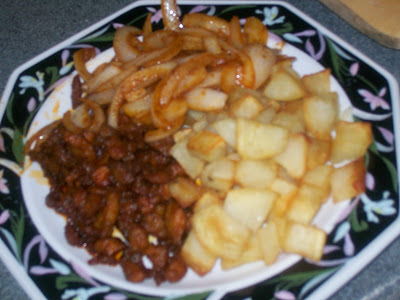 NOTE:
(1) DO NOT! I repeat! DO NOT even try to make this recipe if you do not have the smoked Spanish paprikas! I believe you can still get tasty results with just the sweet smoked Spanish Paprika which seems to be available readily in the USA now (Internet, specialty stores, or your local grocery store in the spice section) I recently just saw a large 8.5 oz. container by McCormick at Costco for $3.19 dollars. It tastes just like the "Pimienton Dulce de La Vera." it's labeled as "Smoked Paprika" and say's something about Spain and about it being sweet in the front label. The American paprika that you can find everywhere that is just labeled "Paprika"is bland and tastes completely different. I have yet to try Hungarian Paprika but I assume that it is also very different so do not try to substitute with that.

(2) The Zorza can be used as an "Empanada" filling as well. You can use the leftover grease to make flavorful Empanada dough.

I am tempted to someday take the task of making Spanish Chorizo at home and curing it myself. Though some may be of good quality, it is ridiculously over priced here in the states andis not nearly as good as what is available in Spain.

Edited by: Travis Thi
Posted by Nathan at 1:24 PM 6 comments: