I've tried many many versions of Cuban and Spanish style "Potaje de Lentejas" (Lentil Stew) my mother makes one that is delicious but missing something using "Emerils recipe" she uses a "Meripoix" (onion, celery and carrot) with the addition of garlic and tomato, bay leaves, salt and pepper nothing more nothing less. Simple but very delicious. My other Potaje de Lenteja recipes come out good, but I'm just not satisfied, someone in my household always ends up not liking something about whichever one.

So today I decided I am not gonna be ruled by cooking traditions or boundaries, I'm a make a Potaje de Lentejas my way, inspired by all the other recipes I've seen, the biggest inspiration being my mother's "Potaje" which I mentioned and the other being Pilar Lechuza's "Potaje de Lentejas (Lentejas Con Costilla de Cerdo).

I combined my mom's Meripoix by making a cuban sofrito with tomato with the addition of celery and carrot an idea also re-inforced by Pilar Lechuza except she adds leeks as well. Some Spanish Chorizo and chunks of pork typical in a Cuban and Spanish Potaje as well as cumin. And of course most Cuban Potaje's wouldn't be complete without potatoes and orange fleshed squash so I threw those in there. Then a heaping spoonful of sweet smoked spanish paprika that embodies the flavors of Spain. And I noticed bay leaves are almost always found in lentil stews so I threw those in too. I didn't have bacon on hand but I would sooooo love to use it in this recipe to :) 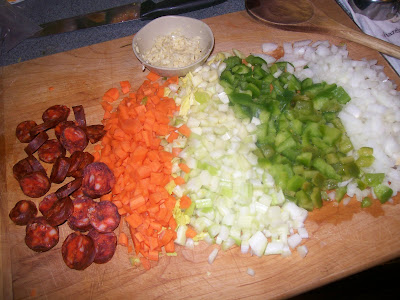 Directions:
(1) Heat olive oil on medium high heat, if you have bacon add it now and render it's fat. Then add sliced chorizo when it renders some fat and oil changes color add onion, carrot, celery, bell peppers and cook until transparent and fragrant like 5- 7 minutes then add garlic until fragrant, bay leaves for like 30- 60 seconds and tomato sauce. 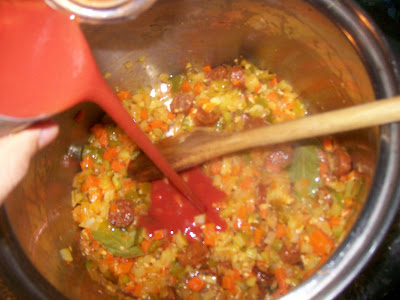 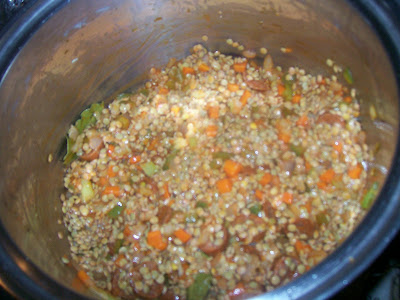 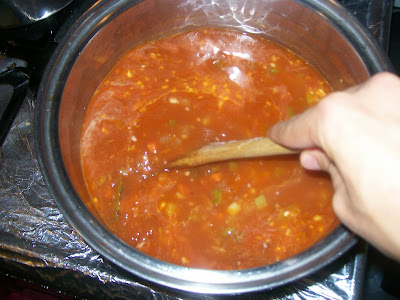 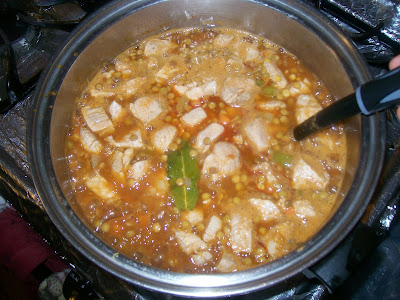 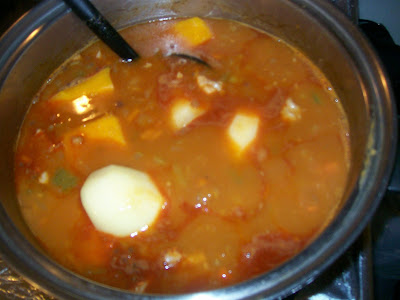 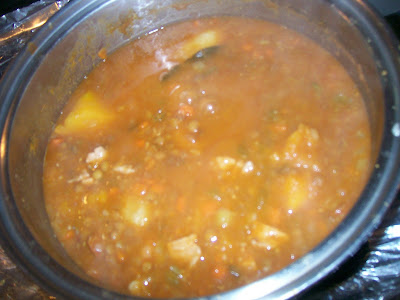 Serve with bread in a large bowl, or with white rice. If you wish a salad to.

I know I haven't blogged in a while but I've been busy with school, but I'll try to post when I can, love you all who support me :)
Posted by Nathan at 12:35 AM 6 comments: