I first heard of Salpicón which is another variety of Cuban Meat loaf at one of my favorite Cuban blogs called "Cuban in the Midwest" it was 2 small meat loafs, simmered in a typical cuban style tomato based sauce (you the know the drill the sofrito of onion, garlic, bell peppers, lots of olive oil, tomato, etc.) Growing up my Tata/ grandma NEVER made "Cuban" style meat loaf, so it has always been something unknown to me until I started reading other Cuban blogs.

My first introduction to Cuban-style meat loaf was Marta Darby from the blog "My Big Fat Cuban Family" she posted a large fried meat loaf, that was simmered in another variation of the cuban tomato based sauces, except it wasn't called "Salpicon" it was called "Pulpeta" it seems Salpicon and "Pulpeta" are cousins ha ha both seem to be loafs of meat that fried and simmered in those cuban creole sauces on stove top.

The main difference is that "Salpicon" are little loafs, and the Pulpeta are huge meat loafs usually with hard boiled eggs in the center. (Btw I've already cooked my own version of Pulpeta if anyone cares to see the post here's the link: http://nathanscomida.blogspot.com/2009/11/pulpeta-cuban-meatloaf.html) my Pulpeta is awesome ;)

Anyways back to the Salpicon, these small fried loafs, reminded me of a large sausage in a savory creole sauce (don't thing wrong perverts ha ha) and so the recipe I came up with was inspired by the recipe I saw in the blog "Cuban in the Midwest" but this is my version/ variation. The way I made it was I wanted these fried meat loafs to taste like a spicy version smokey Spanish chorizo (like the Spanish chorizo's from La Rioja region of Spain) who's main elements are hot smoked spanish paprika and lots of garlic, thus I seasoned my ground meat mixture like that, and the ground ham in the meat mixture I used gives it that cured salty taste in addition the sauce I wanted it to accent the flavors of the loaf so I added to the sauce oregano because oregano and smoked spanish paprika really get along well together, not to mention I've noticed ground meat goes very well with oregano (of course this is just my opinion from messing around in the kitchen)

So here's my recipe hope you guys enjoy it :)

Directions for loafs:
(1) Mix all the main ingredients together, but do not over mix the mixture or it will be tough. 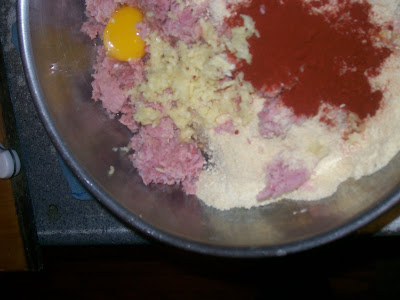 (2) Mold into 3-4 small loaves like picture below. Allow loaves to rest in fridge about 1 hour in a container, or plate with plastic wrap, so they marinade, and firm up.

(3) Pass the loafs through beaten egg, then bread crumbs. Pat the loaves so the bread crumb mixture sticks. 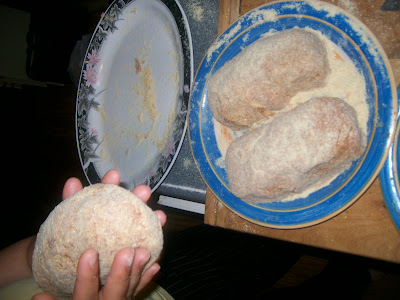 (4) Heat a large frying pan with about 1/4- 1/3 cup olive oil and carefully fry the loaves on all sides til browned. 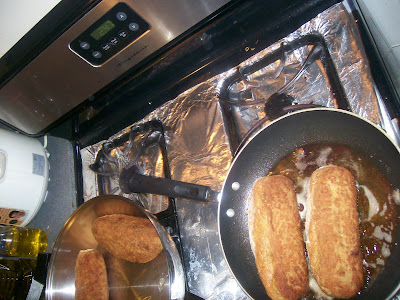 Set aside in a large deep pot. 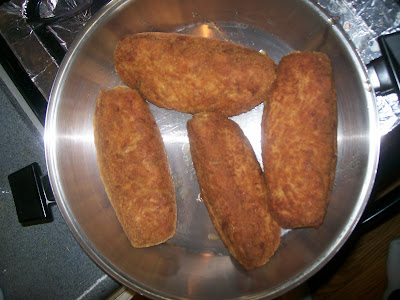 Directions for sauce:
(1) In the pan where you fried the loafs, sautee julienned onions and bell peppers until translucent, add the garlic and stir a addition 2 minutes until fragrant. 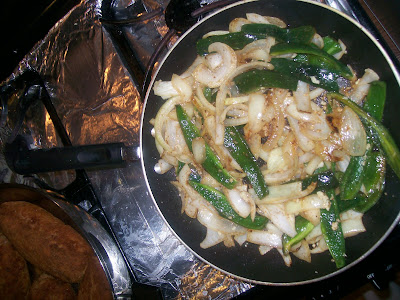 (2) Add dry white wine or red and de-glaze, and tomato sauce, and thin out the sauce with some water (I use about 1 cup) stir in oregano and bring to rolling boil. 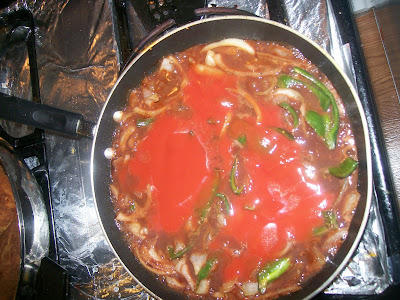 (3) Add the sauce to the pot where you have the fried loafs. 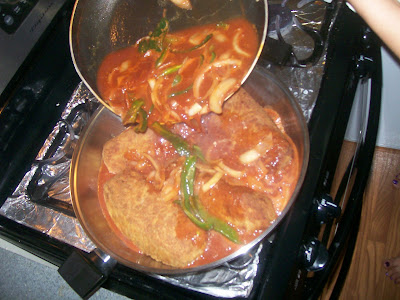 Put that pot over high heat and when everything comes to a boil, 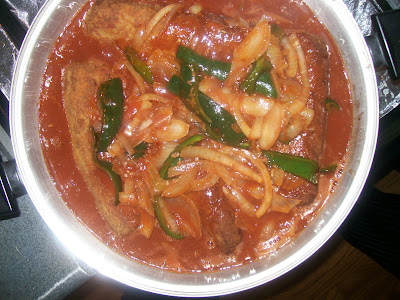 (4) Turn off heat, and garnish with finely minced parsley or cilantro if you have it. 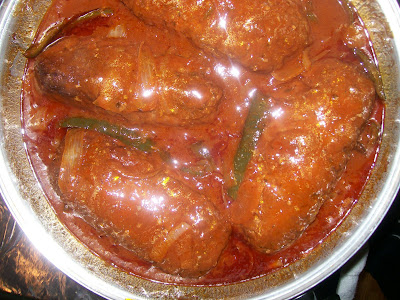 (5) To serve remove loafs, when serving serve a 1 inch thick slice of the loaf, and spoon sauce over it. Goes very well with white or yellow rice or mashed potatoes and a salad of your choice

PLEASE NOTE:
(1)Yeah camera is still messed up, I can't see what I'm taking a picture of ha ha... anyone wanna buy me a new one?
(2) I made a lot as you can see I used a real large pan to braise all of meat loafs. You can cut the recipe in half. This recipe made like 16 servings. 4 of us ate one of the loafs (my Dad was missing otherwise it would've been 5) but it makes great leftovers, one day eat it with rice, other day eat it with mashed potatoes, and it would be great cold inbetween some french or cuban bread or simply sliced and inside whatever sandwich or cold with crackers.