I am labeling it as American because this type of bread is well, easily found in American places, and I haven't seen it in other ethnic stores only in American, and it's usually sold pre-packaged and in plastic (like most American sweets) so I'm guessing it's American.

This is my version of banana bread. It is VERY SIMPLE and BASIC, I know there's people that add sour cream, or only use oil, etc. but I like to keep it simple and with bold flavors I like.

This recipe in my blog is MY recipe BUT it is from a recipe that I altered slightly to suit my families taste and preference. If you want to see the original recipe see below:

Anyways so here is my alteration and version

Ingredients:
-2 cups all purpose flour
-1 tsp. ground cinnamon
-1 teaspoon baking soda
-1/4 tsp. salt
-2 1/3 cups mashed ripe bananas (it doesn't have to be exact I used like 7 small bananas, I'm sure 5 medium to large is fine to, also bananas can be black to, I just make banana bread whenever I have to many bananas and they are starting to get passed their prime haha) 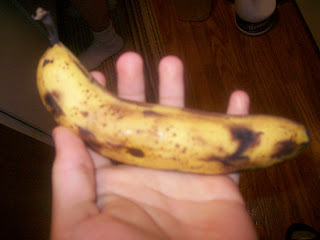 -1 stick of butter (1/2 a cup)
-3/4's cup of dark brown sugar or "piloncillo" (unrefined raw cane sugar, if using Piloncillo I grind it in a mortar with a pestle made from lava rock, I didn't have any on hand so I used dark brown sugar which has a similar taste)
-2 whole eggs
-1/2- 1 cup chopped walnuts (I wish I had some they would've added wonderful texture, if you have them or have time to go get some do it and add it to the bread you won't regret it, unless of course you hate nuts or are allergic to them for some reason)

Directions:
(1)Pre-heat oven to 350 degrees, grease and dust with flour a baking dish (like a loaf pan, if you don't have one use whatever you want)

(2)Sift flour, salt, baking soda, and cinnamon set aside in a large bowl. 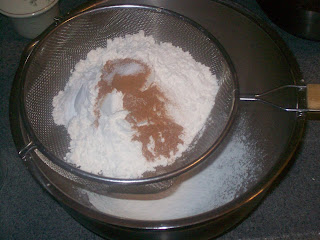 (3)Mash bananas with whatever you have (I mashed it with a fork) set aside. 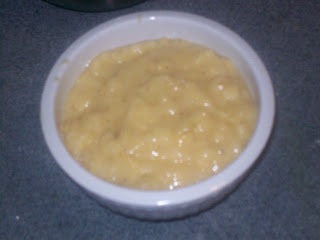 (4)In a seperate bowl beat butter and dark brown sugar until creamy, then beat in eggs, after incorporated beat in mashed bananas. 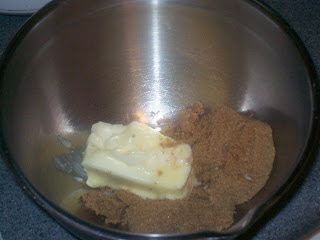 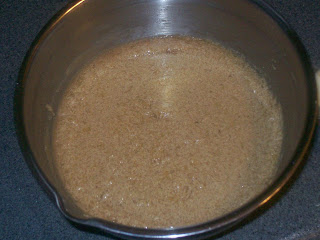 (5)Now add the banana mixture and walnuts (if using walnuts) to the flour mixture AND DO NOT I REPEAT DO NOT OVER BEAT!!! Gently fold it with a spatula quickly to get it incorporated. If you over beat it you will get a tough bread. 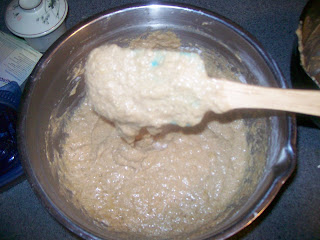 (6)Add batter to the baking dish, shake a bit so it sets evenly. Put in oven in the center and bake for about 60- 70 minutes (until center is not raw, peoples ovens vary so check it towards the end by inserting a knife in the center, if the knife comes out clean it's done) 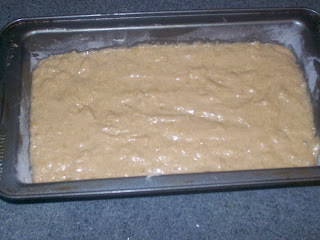 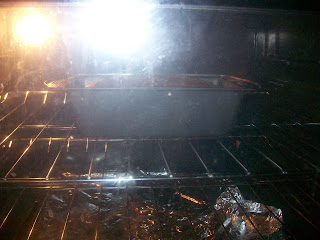 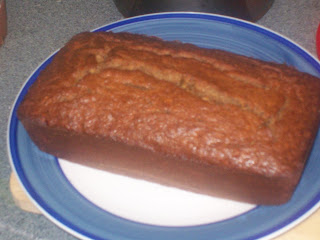 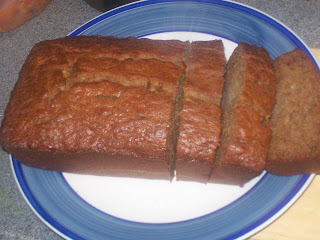 The reason I used dark brown sugar or "piloncillo" and cinnamon as the only flavoring is because in my house we are used to eatng fruit in syrups made with piloncillo and cinnamon so it would appeal more to us.

I'm sure you can add a teaspoon of vanilla extract or even a small dash of rum or dry white wine.
Posted by Nathan at 4:03 PM 7 comments:

This recipe is a tea for when you are sick and have colds and flu symptoms (stuffy nose, sore throat, headache, fever, etc.)

It is not a tea you drink for "enjoyment" or because it "tastes good" you drink it because it's healthy and makes you feel better.

I learned to make this tea from my mother who was taught to make it by a Chinese acquaintance whom she use to work for who always prepared this when she was sick.

The reason this tea is good for you is because ginger root is anti-inflammatory thus reduces inflamation helping with congestion, stuffy nose and headaches. Plus ginger in Chinese hot and cold theory is considered a "hot food" which is good for colds. Garlic on the other hand is anti-bacterial and boosts immune system, good for blood circulation to.

You don't have to take my word for it you can do some research if you don't believe me :) I'm sick right now and to lazy to go look for sources.

So since I've been sick I've been drinking some ginger and garlic tea, some chicken soup with lots of veggies, and my over the counter medication. I need to get better soon I've only been sick since Friday afternoon.
Ingredients:
-8 cups water
-6 cloves of garlic, peeled and cut in half lengh wise
-1 big thumb size piece fresh ginger root, peeled, thinly sliced into rounds then cut in half 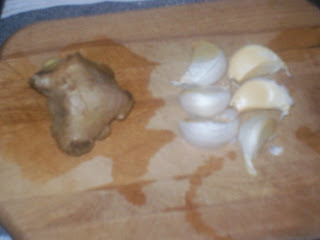 Directions:
(1)In a pot put water, ginger root, and garlic, bring to boil on high then leave on medium heat covered for 10 minutes boiling, the water will change color and be a cloudy light gold color? Kinda murkey. 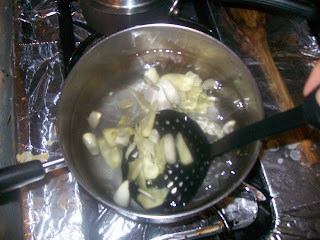 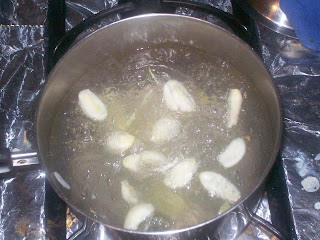 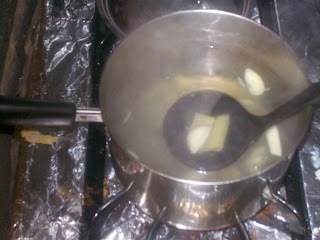 (2)Serve in a cup, but be sure to strain it when serving you don't want pieces of ginger or garlic when your drinking it. 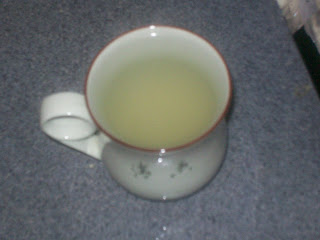 (3)Drink through out the day, and yeah that's it. That's what I do :) Just wanted to share. Also if it's cold it tastes stronger and terrible so have it hot or warm.

Lime and honey is also good for soar throat though I do not have a soar throat just fever, light coughing, and stuffy nose but it's getting better :)

Oh yeah this tea does stink throws strong ginger and garlic aroma... so yeah... if you can't stand it which I can't add a lot of freshly squeezed lime and honey to taste.
Posted by Nathan at 12:42 PM 6 comments: