What makes a Chicken soup "Cuban style" well what I've noticed is Cuban chicken soups usually have noodles, shredded- deboned chicken, and some type of root vegetable or other starchy veggie depends what the cook likes any combination or use of malanga/ taro, yuca, plantains, potatoes, calabaza, corn, etc. it's up to personal preference.

There are many versions of Cuban chicken, in my version I make a really well seasoned golden stock, to which I like to use Calabaza/ orange fleshed squash, potatoes, and I like to separately simmer yellow plantains to those that like these sweet morsels added to their soup. I also like to fry the noodles added to the soup prior to simmering them because it gives them a delicious toasty flavor, and beautiful color, and it also doesn't let the noodles turn to much or release all their starch into the soup.

The result is a fragrant golden broth married with chunks of sweet starchy orange fleshed calabaza, golden colored potatoes, sweet plantains, , toasty fried noodles and tender melt in your mouth shredded chicken that has everything you need and can stand alone as a meal.

Try my recipe you won't regret it. It is simply comfort food. 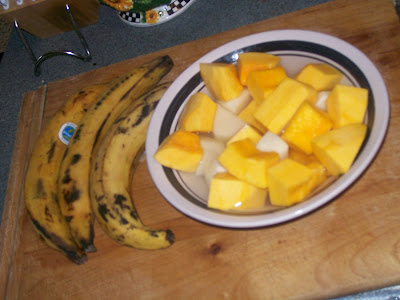 -1/2 lbs. which is half a bunch spaghetti, angel hair, or "Fideos"
-extra-virgin olive oil (for frying noodles)
-1/2 a bunch fresh cilantro minced or minced scallion or green onion leaves (for color) also parsley works well too. I use Cilantro because my mother and I love it.

(2) Bring everything to a boil on really high heat, then cover and simmer on medium to medium low45 minutes to 1 hour. 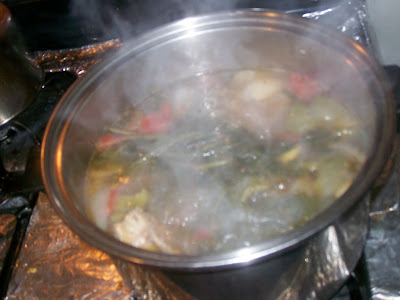 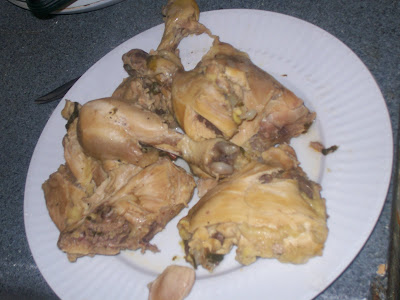 strain the stock so your left with only the stock. (you don't want to eat those vegetables that been boiling forever in there, they are just for flavor and release their essence into the stock anyways) 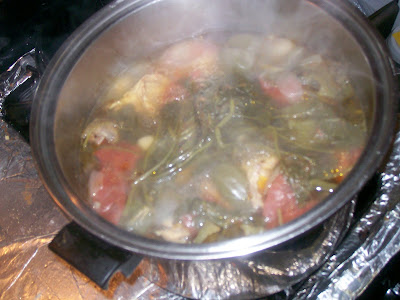 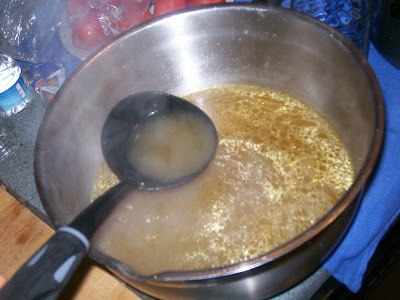 (4) Now add bijol or saffron to the stock, bring it to a boil on high heat, add calabaza and potatoes. 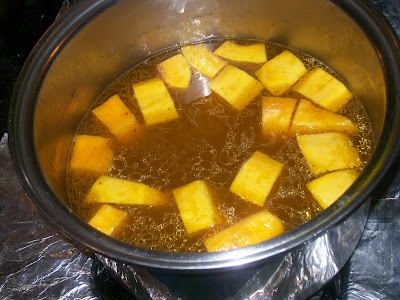 (5) Meanwhile fry the noodles until golden in olive oil, drain on paper towels then throw into the boiling stock with calabaza and potatoes (once it has boiled for about10 minutes since they take longer to cook than the noodles), cover and boil for about 15 minutes or until noodles are cooked. 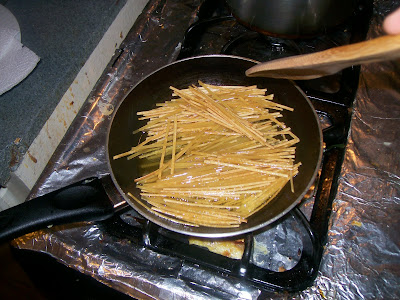 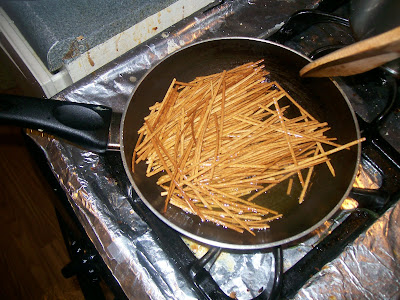 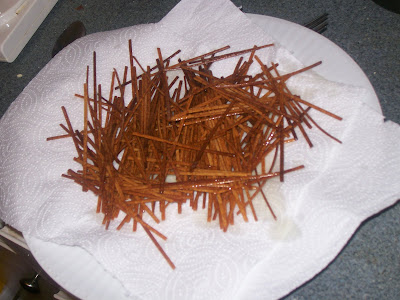 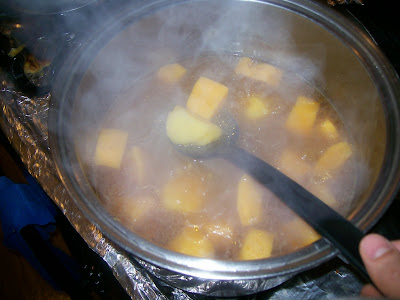 (6) Now during this time, de-bone and shred the chicken, add it to the pot. Turn off heat and add minced cilantro for color, that's when the dish will look beautiful other wise it will look unappealing because the sea of yellow will be to strong :) 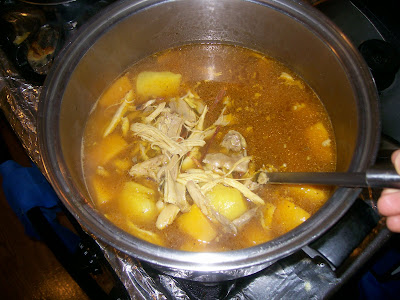 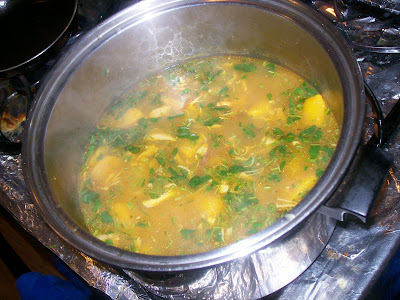 (7) You though I forgot about the plantains, well I didn't I like to cook them separately. Bring water to a boil, wash plantains, cut ends, and cut them into large rounds leave peel on, boil in water and when they are tender about 20- 30 minutes, they will be swollen and almost popping out of their skins. Take as much as you want, peel it and add it to your bowl of soup. Cook the plantains with whatever time you have in between the cooking of the soup. 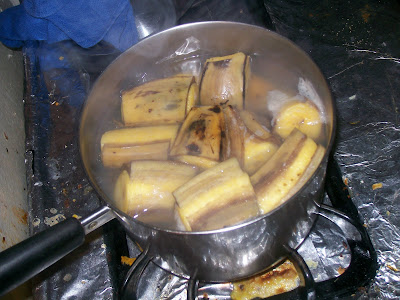 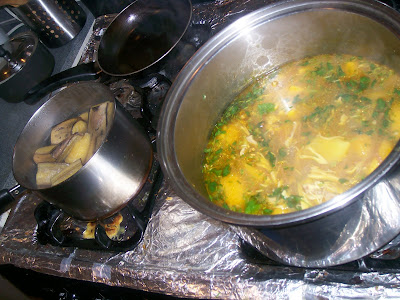 (8) I like to serve the soup as a stand alone dish, some people like to eat it with bread or even rice, that's too much carbs for me but to each their own I say. If you wish serve with lime or lemon wedges,

NOTE
If interested in seeing other Cuban Chicken soups several Cuban cooks have made delicious one's each different in it's own way I'll list them below so you all can see :)

(1) Marilyn's Cuban Chicken Soup from her blog "My Cuban Traumas" her version is a redish golden broth with typical Cuban sofrito flavor (garlic, onion, bell peppers) with potatoes, carrots, celery, and corn and of course noodles and shredded chicken meat.

(2) Marcia's Cuban Chicken Soup featured the blog "Cuban Home Cooking" is more simple, she uses no spices, and makes a simple stock with tomato, onion, and garlic she likes to use a combination of taro/ malanga, potatoes, plantains, and carrot.

(3) Marta's Cuban Chicken soup from "My Big Fat Cuban Family" uses a ready made chicken broth, kicked up with a cilantro, scallion lemon flavor. She likes a combination of ripe plantains, yuca, and potatoes, and like the rest of them yes noodles and shredded chicken.

(4) Lastly Bren from Flanboyanteats showed her mother's version of Cuban Chicken soup, more similar to mine, except no spices, she uses scallions and basil leaves instead of cilantro, doesn't discard the veggies instead liquifies them and adds them back to the stock, and uses a combination of taro/ malanga, potato, squash, and corn.

All those recipes are good and unique in their own way, I just like mine the way it is though :) Also my grandmother doesn't like potato in her chicken soup, she makes it just like me EXCEPT she doesn't fry the noodles and uses a combination of only calabaza, corn, and separately boils plantains which she considers "optional"
Posted by Nathan at 10:47 PM 6 comments: