Tasajo is dry salted beef, the beef is salted, dried, and preserved in a coating of beef fat or lard. Another one of those ancient foods that use to be consumed before refrigeration (just like Bacalao a.k.a. dry salted cod) although it is not well known in Spain. Seems to be more well known in the Caribbean and certain parts of South America. Tasajo use to be consumed by the slaves and peasants but became popular over time, now days it is not considered poor people food nor is it consumed often since it is expensive (it is hard to find in Southern California and the only place that I can find it here sells it at 10.99 a pound) It is seen as an occasional treat in my household.

However I must say Tasajo use to be made with horse meat or at least the Tasajo Cubans consumed back in the day, until it was banned in the U.S.A. by raging P.E.T.A. and others... I think the ban on horse meat is completely stupid... but that's just my opinion... (why would killing a cow, calf, or intelligent pig be any different than killing a horse for consumption?)

Last time I had real horse meat was probably when I was around 5 or 6 years old a Taiwanese friend brought back an assortment of dry horse meat jerky. Horse meat is earthy and has a natural sweetness. Also no matter how much it cooks it will retain it's red color... I do find it odd how the Tasajo sold here imported from Uruguay behaves the same even though labeled as beef (no matter how much you cook it it retains the red color, and is earthy with a natural sweetness) because of these characteristics and it's sweetness it is still popular in the "black market" in Florida where it can sometimes range from 7- 40 dollars a pound" if you know where to look you'll find it. This may seem a shock to some people, but horse meat is popular in many European countries (such as Germany, Belgium, Sweden and other parts, and can even be found as Sashimi in Japan since it is considered very clean and healthy and way less prone to disease than beef.)

HOWEVER before I begin I must warn you, Tasajo isn't for everyone I believe it's an aquiered taste, my mother dislikes it, so does my Travis, and my father isn't too fond of it. Only me and my grandmother love it. To us it has like I said an earthy, sweet taste, and salty addictiveness, the texture is soft but chewy? Hard to describe like a moist beef jerky? Although my mother say's it smells like dog food.. Travis agreed with her.... well if you ever wanna try something different give this a try :)

And so I leave you here with my favorite way to prepare Tasajo (their aren't many) I only know 3 ways, one the meat is shredded and stir fried in hot lard with onions, garlic, salt, pepper, and cumin until it is crispy and browned. The second is it is cut in steaks seasoned with lime, garlic, salt, and cumin then pounded and pan fried in lard or olive oil, onions are fried in the drippings then the steak is served with onions over it. Lastly and thirdly my favorite way is having it simmered in a savory cuban style tomato based sauce.

Directions:
(1) Get tasajo, remove yellow coating of fat by scraping down with a spoon, throw away fat (I've been tempted to save it and use it to cook the tasajo but I thought lard or olive oil tastes better anyways). 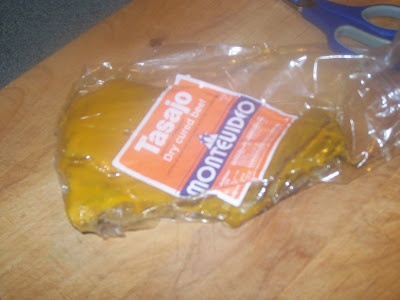 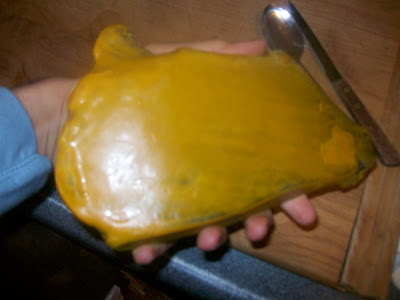 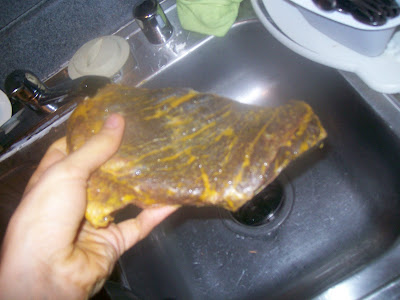 (2) Put the tasajo in a large pot, cover with cold water and let soak at least 12 hrs. (24 is better) change the water whenever you remember (maybe every 4-5 hrs.) 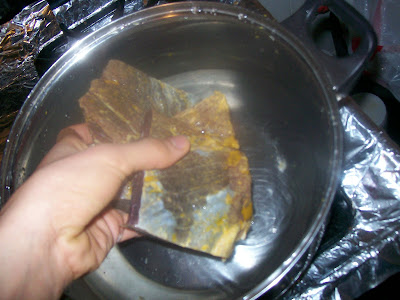 (3) The next day, drain the water, cut tasajo in 2 or 4 parts, cover the tasajo with about 3 inches of water, throw a bay leaf in there and boil a total of 2 hrs more or less until tender (tender enough to shred or to be pierced by a fork). RESERVE THE COOKING LIQUID YOU WILL NEED IT TO MAKE SAUCE! 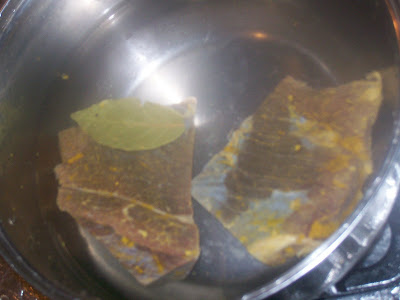 (4) When tender remove and shred by hand, discard fatty pieces. Set aside, if the tasajo seems to salty you may rinse it and drain. 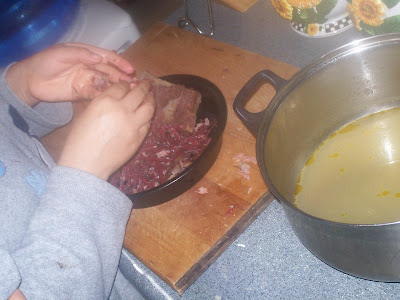 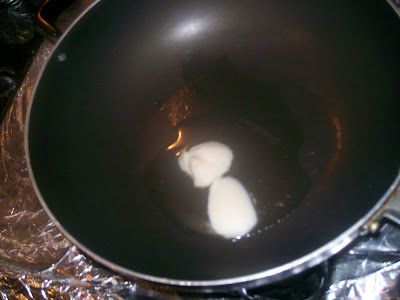 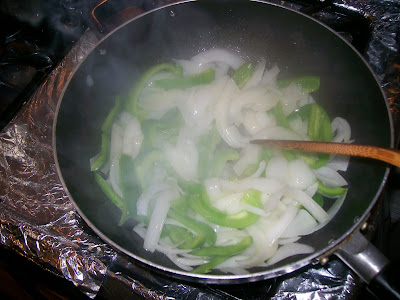 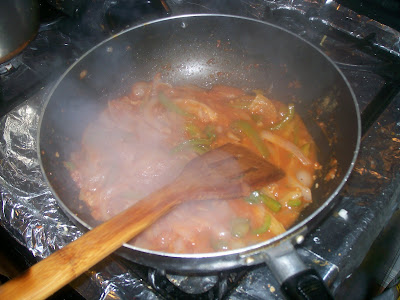 (6) Add shredded desalted tasajo, stir well, add the reserved liquid (about 1-2 cups depends how thick or thin you like your sauce), and cover to simmer 30 additional minutes. Turn off heat. 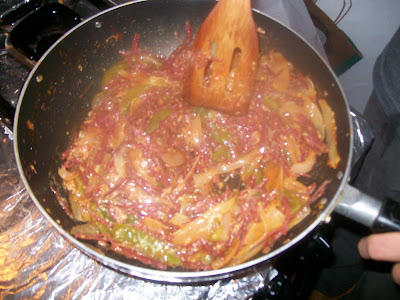 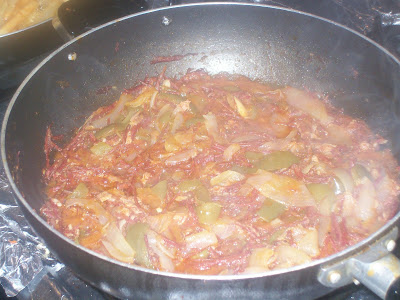 (7) Serve with whatever you'd like, either white rice, moros (rice steamed with black beans and its broth), or congri (rice steamed with red beans and it's broth) go really well with it along with either a simple salad (like Ensalada de Aguacate, Ensalada de Aji, or a simple tossed salad my friend Tita makes, "Tita's Salad", boiled root vegetables with mojo (yuca, malanga or name, calabaza or boniato), or fried root vegetables or other veggies (fried yuca, fried ripe plantains, tostones, boniato or sweet potato rounds, or even french fries still waiting to be posted haha) 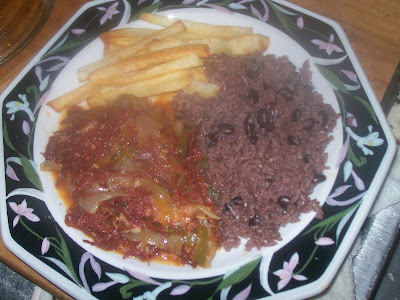 PLEASE NOTE:
(1) I juliened everything thickly to make the sauce the onions and bell peppers because I wanted the pieces like that, I didn't want them to disappear into the sauce. You can julien everything thinly if you wish. My grandmother likes to use less onion only 1 or 1/2 of one and 1 or 1/2 a green bell pepper that she prefers to have it minced, it is up to you and your personal preference.