Growing up my Tata (grandmother) use to make these cute little rich Natillas pronounced "na-tee-ya" (milk custards) her version was infused with lots of cinnamon and vanilla, dotted with raisins, and served in these little Styrofoam cups dusted with cinnamon powder.

For winter we would eat them warm and hot, but I remember in hot summers she'd cool these custards in the fridge, and I just couldn't get enough of them, they were rich, sweet, cinnamon y.

However my grandmother would always make 2 batches, one with raisins, and one without since my father HATES raisins, and occasionally the Natilla was poured into a large container/ mold to eat family style with everyone spooning into their plate as much Natilla as they wanted.

Natilla is one of those desserts that always brings me fond memories of my Tata's cooking, and child hood sweets. Natilla along with "Pudin de Pan" (Cuban style bread pudding smothered in syrup) is something I grew up eating lots of, and we still make them several times a year :)

To garnish:
-dust with a few pinches of cinnamon powder 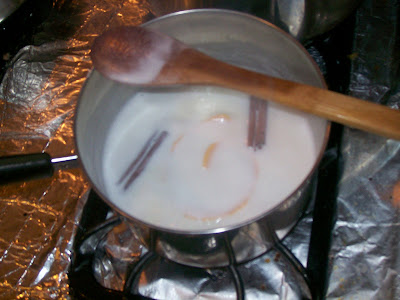 (2) Meanwhile in a medium bowl add cornstarch. add water little by little to dissolve cornstarch whisking with fork until the cornstach dissolves into a white milk like constistency, whisk in egg yolks, and set aside. This will be your "cornstarch and egg yolk slurry" 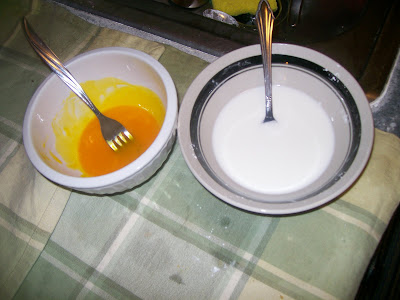 (3) By now you milk should be hot and kind boiling, keep an eye on it while your preparring the slurry or it may over flow, if it boils lower heat to prevent spillage.

(4) So now that it's bubbling, quickly whisk in cornstarch and egg yolk slurry, with a large whisk, and whisk non stop in one direction or else your custard will lump up and break, raise the heat, and when it starts thickening 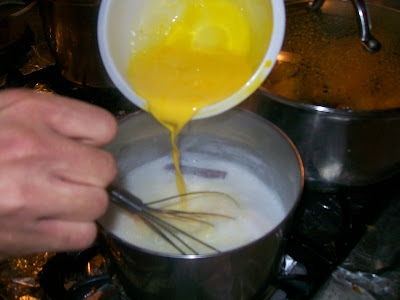 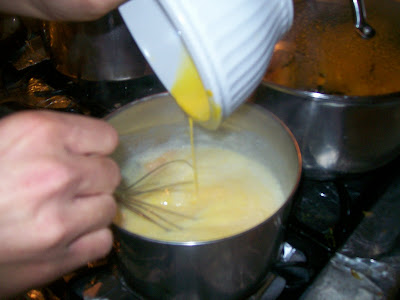 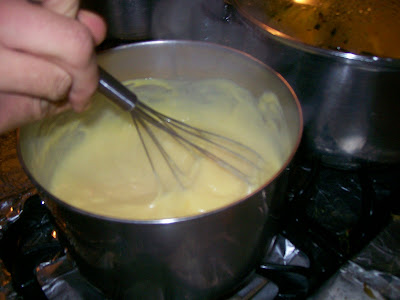 (5) The first boil it gives up, like bubble or burst, quickly turn off heat, remove and pour into a mold. Or pour into small individual serving bowls. 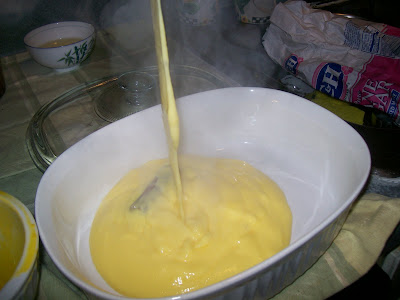 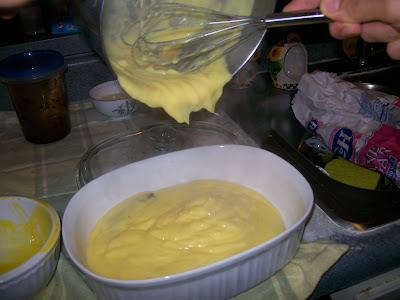 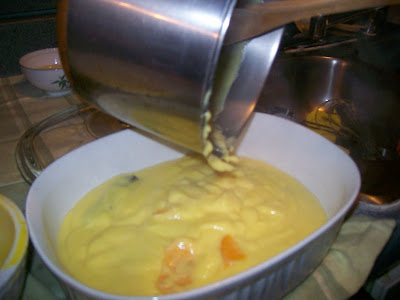 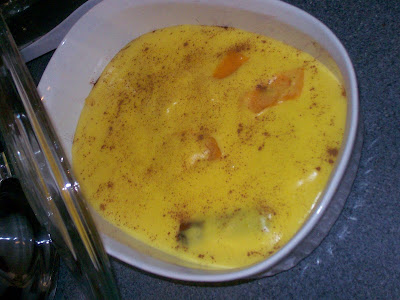 PLEASE NOTE:
(1) If you want a richer custard you may add 1/2 a stick of butter to heat together with the milk, my grandmother sometimes does this sometimes doesn't

(2) The egg yolks I used were from my friends house, her chickens produce beautiful strong golden yellow egg yolks that color everything a strong yellow which is why I used them, if using typical store bought egg yolks you won't get this color unless you use a lot of egg yolks which is unnecessary. This may sound like taboo, but my grandmother and me, we use "Bijol" (anatto seed powder) or "Colorante" (coloring) to make the natilla yellow if we use store bought eggs to give it a rich color. When doing this be sure you add the coloring when your simmering the milk so it dissolves completely.

(3) I know 1/2 cup cornstarch may seem like a lot for some cubans, but it's actually "4 cucharadas grandes" which is the measurement my grandmother uses, which is 4 regular eating tablespoons with humps on them what we in Spanish call, "cucharadas colmadas" (peaked tablespoons) I measured them out and it was actually 1/2 cup. So I guess the cornstarch to milk ratio is 1 heaping tablespoonful per cup.

(4) The one I made in the picture, had no butter, or raisins, and I left out the vanilla and only used cinnamon and orange peel, it was delicious and light yet rich :)

IF YOU LIKE THIS RECIPE... you may want to check out my post for "Leche Frita" (fried milk custard squares)
Posted by Nathan at 1:37 PM 7 comments: