Tata is what we call my grandmother in my family. She is like a walking Cuban cookbook, any recipe I wanna know I simply ask I'll get one for anything that's Cuban she knows a few Spaniard dishes here and there to.

Higado a la Italiana meaning liver Italian style is a Cuban dish which I have no clue why they named it "Italian style" maybe something to do with method of preparation of marination? No clue... all I know that the recipe became popular or known when Nitza Villapol the Cuban Julia Child who became a communist introduced this dish in her cookbook "Cocina al Minuto" also Mary Urrutia Randelman shared her family version of the dish "Higado a la Italiana"

My Tata's version is neither like Nitza's nor Mary Urrutia, the reason their version of the dish is disliked or not cooked in my house is because the liver is marinaded in a lot of liquid (a generous amount of wine and vinegar with flour, salt, garlic, and pepper) a long with julienned bell peppers, onions, and a couple bay leaves. The problem is Nitza's and Mary Urrutia recipes heat oil, add bell pepper and onion and then higher heat and add liver with all marinade and stir for a few minutes like 10 THERE IS THE PROBLEM, it just boils the liver in the marinade with the bell pepper and onion... we don't like liver to be boiled liver in my house, we dislike the texture and taste obtained it causes the liver to release it's own juices and just taste blah in my opinion. (Believe me I've prepared this dish Nitza's way)

My Tata everytime we cooked liver it would be fried in very very smoking high heat until well browned on all sides. My grandmother's version is as follows:

She get's liver cut into bite sizes, very well seasoned and marinaded in vinegar, salt, lots of garlic, and smokey cumin she then fries it in very hot oil until well browned and quickly stirfry's it together with julienned onions and bell peppers and finishes seasoning it with a touch oregano or if no oregano is wanted she fries the bay leaves in the hot oil, removes and continues with the recipe. I prefer this version any day :)

Now here's the recipe with pictorials to be more specific.

NOTE BEFORE I START:
I know it seems like A LOT of oil, but REMEMBER this is to fry the liver, you can drain and or take out some of the oil after the liver is fried, my grandmother leaves all the oil in their, my mom likes to drain some of it.

Directions:
(1) Beef liver washed, cleaned, remove nerves, silver skin, and fat leave as clean as possible even if you must waste some of the liver meat. I buy 1 ½ lbs because I end up throwing ½ after cleaning. HUGE TIP when buying liver make sure your butcher shows you all sides of it because if the entire back area or not seen area has lots of nerves and holes IT IS NO GOOD tell him to get you another because nerves and other bad parts curl and give a very hard texture sometimes. UNLESS YOU ARE POOR PLEASE JJUST CLEAN IT WELL AND REMOVE ANY QUESTIONABLE AREAS THE FINAL RESULT IS WORTH IT. 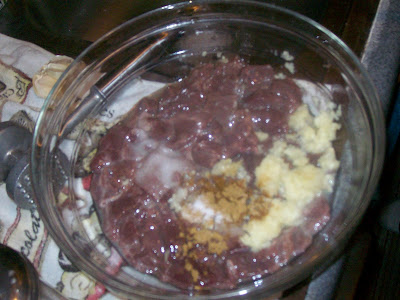 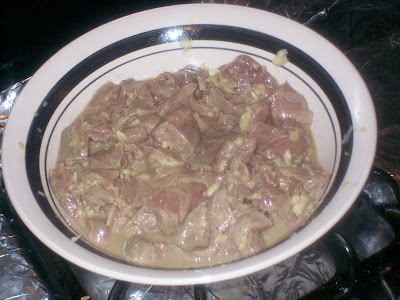 (3) Heat a heavy skillet or wok on HIGH HEAT with generous amounts of oil ALMOST enough to pan fry you need really hot nearly smoking temperature. (about 1/2 a cup) wait until the oil starts smoking (your gonna want windows open or that filter fan in kitchens) 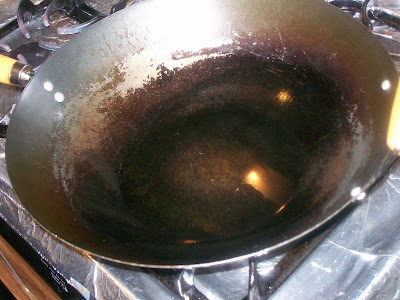 (4) Add liver in one layer leave alone a couple minutes until browned about 10- 15 minutes then toss to flip or move around until it is almost cooked and not pink. 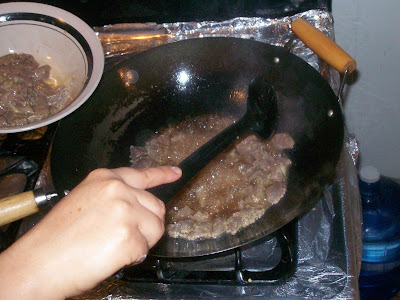 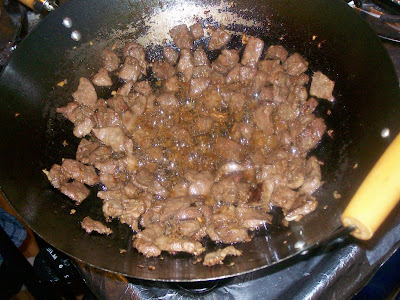 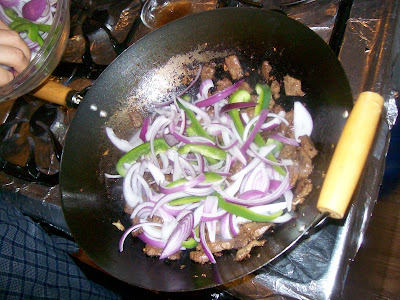 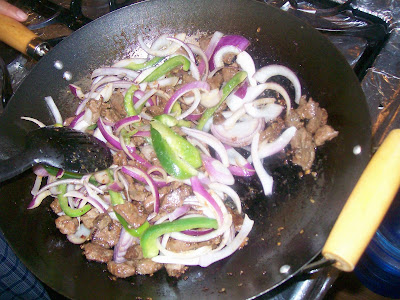 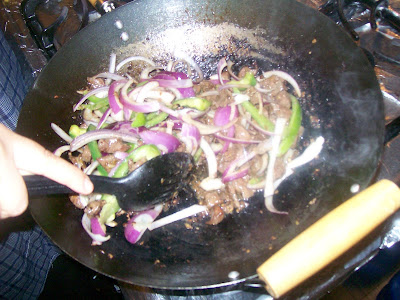 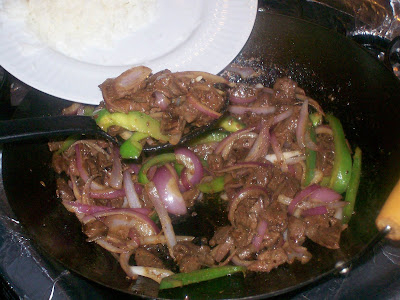 (8) IMMEDIATELY serve this is NO GOOD WHEN IT COOLS SERVE IMMEDIATELY! With some white rice and beans. BE SURE EVERYTHING IS READY OT SERVE BY THE TIME THIS IS COOKED THIS DISH IS MEANT TO BE EATEN AS FRESH AS POSSIBLE! 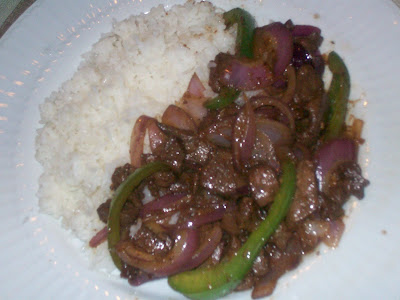 She prepares this almost identical to "Higado a la Vizcaina" which is the same as this except no bell peppers, oregano, or bay leaf. Instead towards the end when the onions are soft you add cubed crispy deep-fried potatoes you previously fried and salted to add to this dish. I have a recipe post for that you can check if you like:

In addition we also make "Higado Encebollado" (fried liver steaks with onions) marinaded the same way except whole steaks are fried set aside then in drippings lots of onions are fried and used to top the liver steak check it out here if you'd like to: