I was wondering if I should even post this (it is ridiculously simple, but trust me we have simpler snacks and sweets than this ha ha) but any who I'm here to share, and that's what I'll do, who knows maybe some other people have seen "Galletas Cubanas" (Cuban crackers) and never bought them because they don't know what to do with them. I decided to blog about them when I got home from school (hungry) and ate a mountain of white rice with cuban "Albondigas Con Salsa de Tomate" and a salad, but then my sweet tooth kicked in (like always) and there was a bag of these sitting on the counter and I had everything on hand thus I said to myself, "Why not take a picture of this simple joy and share it"

Cuban crackers hmmm... let see how I can describe them... well they are not salty, very plain, yet buttery, thick/ sturdy, crunchy but somehow easily breaks, feel's sort of powdery to. It's hard for me to describe, it makes a really good bed for different spreads or just ham with cheese, or ham with cream cheese, even for a deviled ham dip (yes Cubans make deviled ham dips that will be left up to another post) BUT in this post I will show it with guava paste and cream cheese. I don't know any Cuban that doesn't love Guava paste especially paired with a cheese in any shape way or form, as Marilyn from "My Cuban Traumas" once told me, "Nos corre la Guayaba por la sangre" (translates to, "Guava runs through our vains")

I love them, but not all "Galletas Cubanas" are created equally, from experience I have bought pre-packaged one's that are "Faraon" they tend to be really old, they are almost chewy? Cuban crackers are not suppose to be chewy or flexible or thin like the "Faraon" brand one's...

The one's I buy come from "Portos Bakery" which here in Southern California is a very reputable well known Cuban bakery, and is the only good Cuban bakery in California in my opinion. They have the authentic fresh made Cuban bread, the pastries, etc., my family goes there usually from Sunday brunch, we order an assortment Pastelito's de Guayaba (Guava Strudels), Pastelitos de Carne (Cuban Meat Pies stuffed with ground beef), and Cuban Sandwiches and Medianoches to drink we usually get "Batidos" (different types of shakes Guava, Mango, etc) or our Cafe Cubano.

I don't live to far from Portos but not close enough either, luckily I have a little "Bodeguita" near me (a small store, it carries many Cuban products) and they get their "Galleta's Cubanas" from Portos Bakery delivered. The bag has no labels or names only the Portos logo, they sell quickly there and are delicious and fresh. Although they can last up to 3 weeks or more. 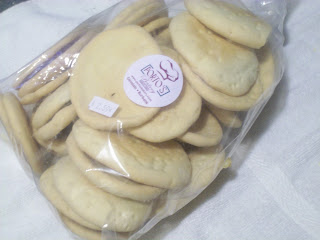 -Philidalphia Cream Cheese
-Guava paste (the best one's are from flat, round, tin cans, I use "Goya" brand) 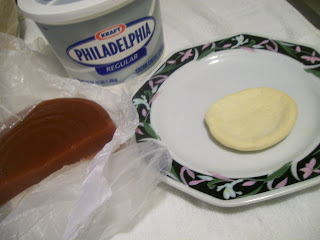 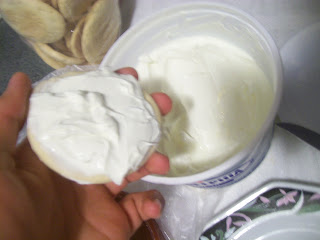 (2)Top with a pair of thick slices of guava paste. 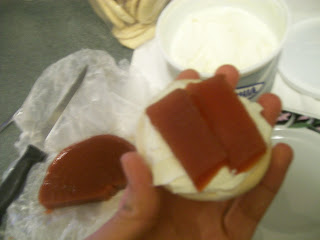 (3)Repeat process to make more. Then enjoy! Simple I know :)

(4)These make really good finger foods at parties, usually in our gatherings at home we have big plates full of a bunch of these and they finish quickly.

OTHER RECIPES THAT I HAVE THAT USE GUAVA PASTE:

P.S. (not important just me rambling)

Cuban crackers in Spanish is called "Galleta Cubanas". Although "Galleta" directly translates to cookie, but it can also mean "cracker" depending how it's used (there is no word for crackers in spanish, we combine the name "cookie" with other words to refer to it, like saltine crackers we call it "Galletas Saladas" translates to "salty cookie"

In "cuban" spanish (maybe in other countries spanish to) Galleta can also mean "slap" for example, "Te voy a dar una galleta" it can mean "I am going to slap you" or "I am gonna give you a cookie" depending on the tone. If you wanna emphasize the "slapping" making it sound like a super hard angry slap and just wanna sound big you can call it a "Galletazo" for example in this context it will always mean slap, specifically a big hard slap, "Te voy a romper la boca de un galletazo chico!" english equivalent, "Boy, I'm gonna break your mouth with one big @$$ slap" okay enough of that, just thought it would be interesting to share. (Cuban spanish can be very different in word usage and pronaunciation, we tend to skip "s" and "r" in words and shorten things, etc. it's more similar to the Spanish of Spain's "Canary Islands")
Posted by Nathan at 1:54 PM 12 comments: