My grandmother does make a fried chicken though that is Cuban but it's different (she just rubs chicken thighs and drumsticks with some cumin, lots of garlic, fresh lime, and salt then she deep-fried it until the skin is crisp, her procedure makes it juicy and tender, she fry's it on medium high, and covers it to simmer fry and at the same time steam in the oil it's a little tricky I'll share that some other time)

Back to this recipe, I got the recipe online, I was surfing through the Internet and bumped into a bunch of sited with a recipe they called "Pollo Frito a la Criolla" I have never consumed that, but the ingredients and procedures are very typical of Cuban cooking so I thought I'd give it a try. I have made this recipe before successfully once and it was a hit in my home, so I am doing it for the second time.

I did alter the recipe to suit my families taste, the recipe called for too little garlic (only 3 cloves for 1 chicken that's ridiculous it's Cuban cooking for crying out loud we use at least double of that in most dishes especially for a "Mojo" (pronounced mo-ho) type marinade) I also went heavier on the pepper (but that is to taste).

Directions:
-After the chicken is cleaned, washed, and drained due the following: in a mortar and pestle add peeled garlic cloves and salt, mash it to a paste, add pepper, oregano, and mash to a until everything is finely ground, now add cumin and mash more, now incorporate the bitter orange juice. 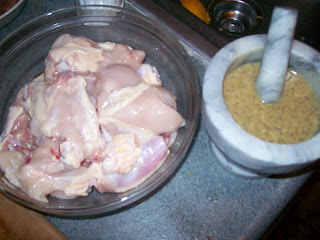 (2)Mix the chicken in a large bowl with the marinade, let it marinade around 2-12 hours or even more, up to you. 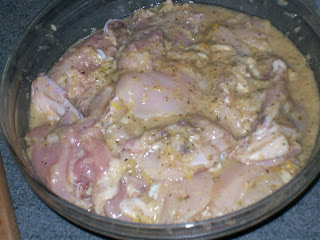 (3)Slice the onions into rings and lay over the chicken, cover well with a plastic wrap or whatever. Then let it marinade in the fridge. 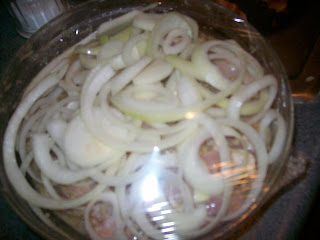 (4)When ready to cook, heat a pan on high heat until really hot, add olive oil and lower to medium high, add chicken do not overcrowd pan and let it brown 5-7 minutes on each side, remove from heat, now add all the reserved marinade and onions, deglaze by bringing to a boil and scraping with a wooden spoon. Now simple add chicken back into pan with sauce, coat and spoon over some of the sauce. 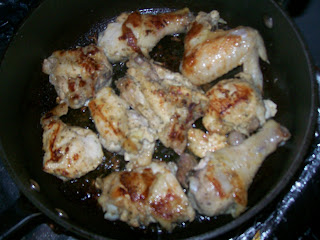 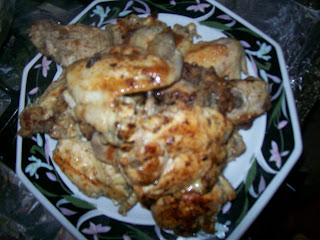 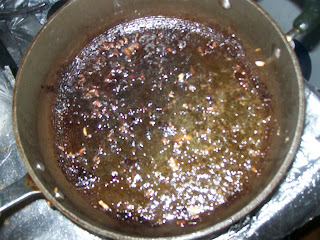 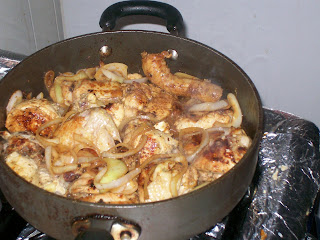 (5)Cover and simmer for about 20-35 minutes until l chicken is cooked through.

Enjoy with any type of Cuban dishes but don't forget eat it with some rice :) and black beans wouldn't hurt either. 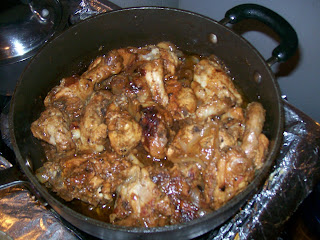 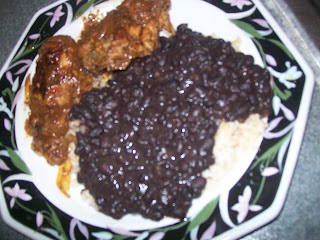 NOTE: You can do this with any cut of chicken, like skinless boneless chicken breast just make sure to simmer for less time because you don't want to dry it out :) Also I don't know why but I felt like adding 2 tablespoons of white vinegar. You can also do it with all lime juice if you want my family prefers more acidic pungent flavors.
Posted by Nathan at 2:48 PM

umm... Yum! This reminds me of my grandma's chicken. Now I want to go to Miami and eat her food!

Rox,
Thanks again for visiting my blog :), what was your grandmas chicken? Was it "Pollo al Mojo de Ajo?" or just "Pollo a la Plancha" or was it a "Fricasse"?

I think she just calls it pollo asado, but its not really roasted- it's cooked in the pot. She adds a little dry white wine, bay leaves, onions, garlic, sour orange and salt. I think thats it, but it's so yummy, especially because she browns the chicken really well. YUM!

Sounds delicious you should blog about ha ha.