I know some of you are thinking "What the hell Chinese in Cuban cooking?" well let me give you a little history lesson here check this article on wikipedia that is about Chinese Cubans:

Here's my brief little version that is kinda frank, Cuba recieved lots of Chinese immigration at some point in time, even today in Cuba there is a "Barrio Chino" Chinatown. So this recipe is a reflection on chinese influence on Cuban cooking because it has influenced my grandmothers because she braises the oxtail in soy sauce. Other aparrent influences sometimes in Cuban cooking is the "sweet and sour" flavors achieved by some by mixing a combination of raisin, capers, and olives in certain stewed meat dishes like "Fricasee" and some Cubans use it in "Picadillo". Also my grandmother and some Cubans I know will use "Wonton Wrappers" to stuff them with Guava paste and cheese then deep-fry YUM!

Now days thanks to the rotten good for nothing Communist dicatorship on Cuba much of Cuba's Chinese population is gone because they where smart enough to flee from tyranny there are still some Cuban Chinese restaurants in NY area. They don't fuse the cuisine but pair Chinese dishes with Cuban dishes or use Chinese cooking techniques on Cuban food. So without further explanation here is the recipe. 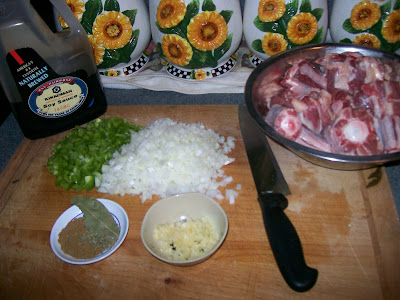 Directions:
(1) Cut some lines to make gap between the firm outer skin because it shrinls and you don't want it to constrict the meat in a wierd way. Without any oil in a large stainless steel pot or dutch oven, heat on really high heat and sear/ brown oxtail (don't season it the soy sauce is very salty later you will use) and set aside 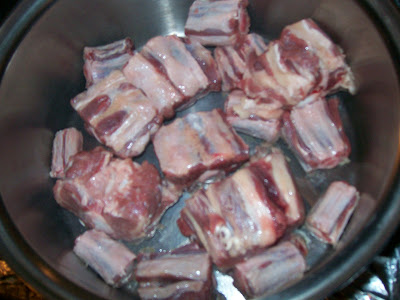 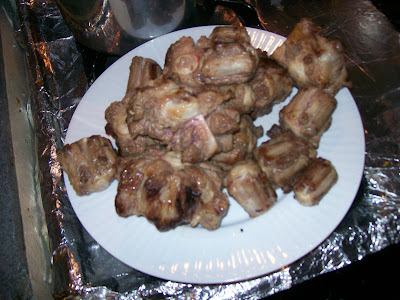 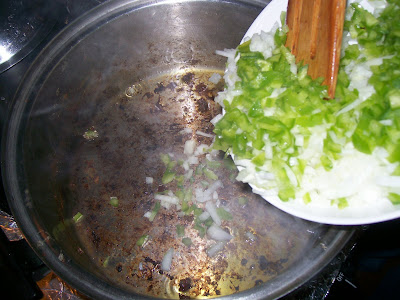 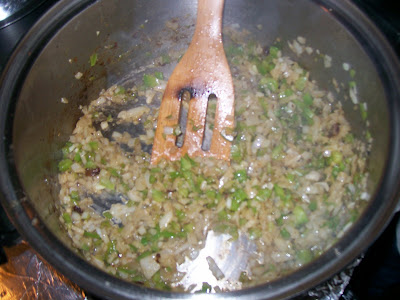 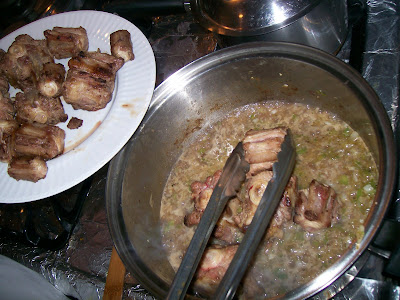 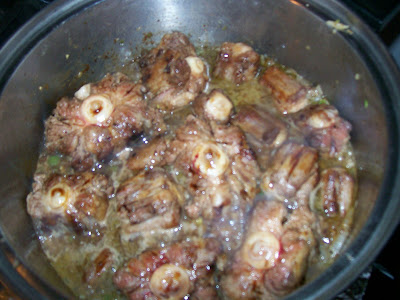 (4)Now carefully arrange oxtail back into a pot. Drizzle carefully (the soy sauce) splashing little by little on each oxtail over the top. DO NOT STIR IT!. Now cover and lower heat to low and let it simmer for about 2 1/2 hours. 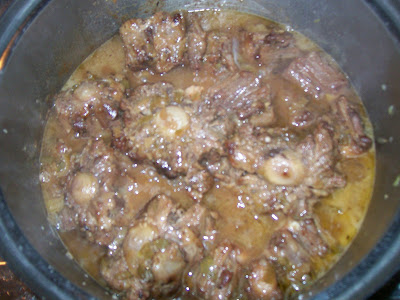 (6)Serve with some white rice, pour some of the cooking liquids over rice it's tasty, then serve. You can also have as side dishes some Cuban Black Bean soup on the side and a raw salad dressed in lime, olive oil and salt or instead of a raw salad some fireroasted skinned bell peppers tossed in "Mojo de Ajo" 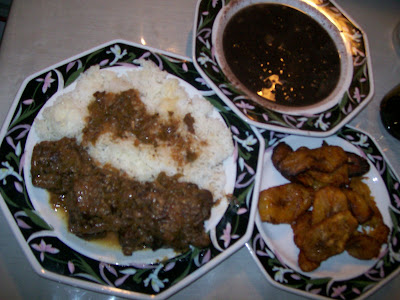 Please Note: In my house we don't call this dish "Rabo Encendido Estilo Chino Cubano" we just call it "Cola en Salsa Soya" which translated to "Tail in Soy Sauce" even when we make the traditional cuban one we just call it "Cola de Res" which translated to "Beef tail" because everyone in the house knows when my grandmother, me or mother say's "Cola" (tail) we mean we are having either of these dishes.
Posted by Nathan at 4:21 PM

Ooooh, this sounds sooo good! I had no idea that there was such a strong Chinese presence in Cuba. I learned something new today! Great recipe, Nathan. :)

how bout the non-soy recipe??

For the non-soy, traditional version of the recipe replace the soy sauce with salt to taste, 1 can 8oz of tomato sauce. (don't forget to add some water)

And then during the last 20 minutes of cooking add thick chunks of potatoes, and carrots cut into really large pieces like big potatoes cut in 1/2 or carrots cut in 3's.

hey nathan do you have any reciepes for chinese/cuban beans....i use to eat at a place in nyc that had probably the best beans i have ever tasted

Hello I was surfing through my old posts and saw your comment.Sorry I have no idea how to make those, if they where sweet and sour than maybe check the
"Frijoles Negros a lo Menocal" I posted in my blog just type it on the search bar.

Have you cooked this using a pressure cooker? If so how long and what temp.?