So before I start just wanna give a quick brief, from my observations for those not familiar the term "Horchata" is basically a chilled beverage made from either grains, seeds, or nuts that are grounded up with spices (almost always cinnamon from what I've seen), and then strained with water to create a milky chilled drink that is sometimes combined with milk to make it richer and sugar to taste.

The most common one here where I'm from in Southern California is the Mexican Horchata, which is like a cinnamon infused rice milk, the second most common one is the typical Salvadorian one made from some type of nut and cinnamon. I know in Spain it is made from "Tigernuts" however many versions and variations exist all great in their own way :)

So today I present to you a version made from ground toasted oatmeal and cinnamon I learned from my mother's Salvadoran friend we all just call her "Gomez". It is truely out of this world delicious and EXTREMELY refreshing in the summer, a glass of this cold will make you feel in heaven. The best part is that it is ridiculously easy to make (well at least for me)

Ingredients:
-1 large cinnamon stick (real cinnamon like Mexican cinnamon not "Saigon Cinnamon"/ Cassia Bark I'll explain it at the end of the post under "PLEASE NOTE")
-1 cup plain uncooked oatmeal (it can be quick cooking oats or the regular oats as long as it's uncooked and plain)
-water (as needed enough to fill a pitcher or to keep diluting you'll see)
-white cane sugar to taste (depends how sweet you like it, my family uses up to 1 cup)

Directions:
(1) Heat a pan on medium high heat, break the cinnamon stick and toast it, takes about 5 minutes stirring occasionally don't burn it. 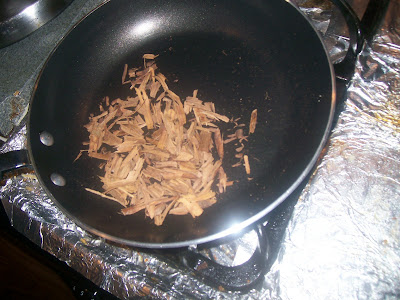 (2) When fragrant add the oatmeal and stir frequently until it changed color, turns into a golden beige color, and it will also release a fragrance 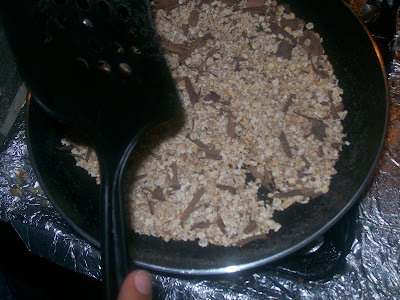 (3) At this point throw all the toasted oatmeal and cinnamon into the blender and blend with water (enough to liquify it), then strain it into a large pitcher 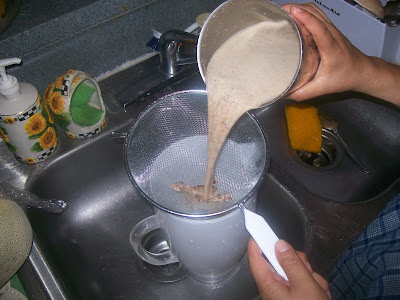 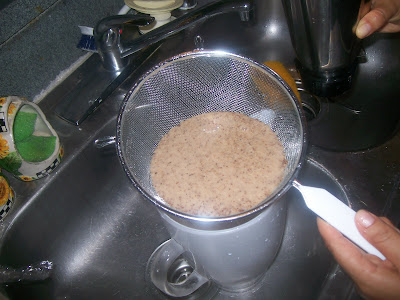 (4) Now to extract more from the ground mixture, in the strainer where all the ground stuff is left add more water gently scraping and swishing it with your hand, until the pitcher is full 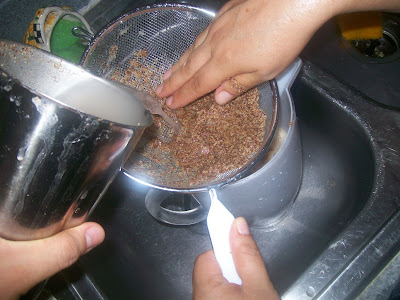 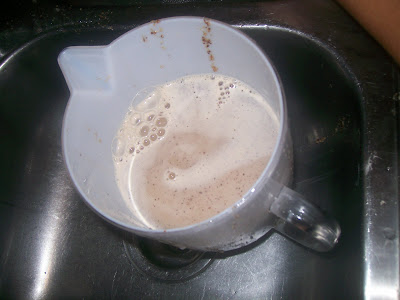 (5) Add generous amounts of ice, or cool it in the fridge and it'll be ready to serve :) 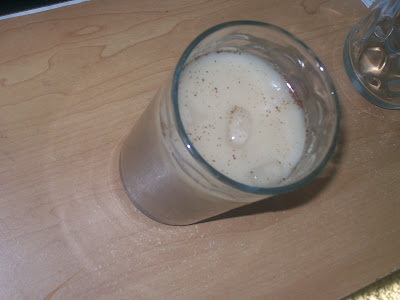 About the cinnamon you see there are two types of cinnamon like the "REAL" cinnamon, which is the one cultivated in Mexico it looks different, is tender, dry, and breaks easily, it is usually like a fat log, really light brown, has a very light wood color. In large quantities it exposes no toxicity so it's pretty safe for anyone who uses cinnamon real often.

Then there is "Cassia Bark" sold in the USA as "Cinnamon" sometimes as "Saigon" cinnamon, this one has a slightly spicy taste, sort of reddish, and is often sold as cinnamon. The sticks are also smaller and it is much firmer and hard it has great flavor. In large amounts it can toxic and harmful. However I'll be honest I prefer this one, but when making the drink it doesn't get ground up as easily because it is harder, and sometimes you'll get hard bits of it in the drink, nothing straining multiple times won't fix, but yeah that's my reason for using real cinnamon when making this drink.

If interested in more just google about it ha ha, I don't want to write a bunch of paragraphs about Cassia vs. true cinnamon he he.
Posted by Nathan at 5:36 PM 3 comments: